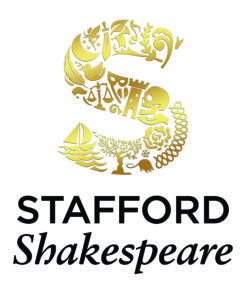 What if your true love was someone you’d been brought up to hate?

Ripped apart by the bitter rivalry of their parents, two young people will risk everything to be together.

The most famous story of love at first sight explodes with intense passion and an irresistible desire for change.

Will this spark a revolution or will division continue to tear through generations?

Welcome to a summer of love, murder, betrayal and tragedy at Stafford Castle.

Directed by Tim Ford, the drama unfolds as an unflinching spectacle, visually creative and superbly added to by a swirling soundtrack.

A huge 25-metre stage is being built, complete with trapdoors, moving sets and hidden entrances for the 30th anniversary production.

A new seating layout will bring the audience closer than ever to the action, which takes place between warring families in Verona.

Almost 6,000 tickets have already been snapped up for the run from June 24 to July 9, with several performances already sold out.

Marketing manager Keith Harrison said: ‘There’s always so much work that goes into designing and building the set, but this one – designed by award-winning Morgan Brind – is at a new level.

‘It will surprise people throughout the play as the tragic love story unfolds and new elements are revealed. The music will also raise a few eyebrows and it all adds to the occasion.

‘It’s the 30th anniversary production and we want to make sure that the whole experience is worthy of such a landmark occasion.

‘Having missed two years due to Covid, we’ve taken the opportunity to review and reboot the Stafford Shakespeare production, with a host of improvements on stage and off.

ue Events, the outside events arm of The Post House Bar and Grill, the bar and catering options are better than they have ever been and we’re excited to see people trying out something completely different up at the castle this year.’

Director Tim Ford said: ‘We’re delighted with the cast we have assembled and we can’t wait to get started on rehearsals.

‘The set is looking great and we’ve already done lots of work behind the scenes. After two years away, it feels like there’s this great build-up of energy that we are geared up to unleash at the end of June.

‘It helps that it’s a brilliant, brilliant play with so many quotes and phrases that are instantly recognisable today. The Stafford productions have never been elitist; they’re for everyone and we want as many people as possible to come along and enjoy a memorable night out in such a fantastic setting.’

More than 6,000 tickets have been snapped up for an open air production of ROMEO + JULIET in Stafford this summer.

The shows at Stafford Castle mark the 30th anniversary of the Stafford Festival Shakespeare, which has featured stars including Robert Hardy, Matthew Kelly, Toyah Willcox, Sally Lindsay and Julia Sawalha since the first production in 1991.

This year’s run (June 24 – July 9) will feature Madeleine Leslay from BBC Radio’s The Archers as Juliet and Tom Lane as Romeo.

Other notable actors in the production include Sean McKenzie, who has appeared in Downton Abbey and a host of films, West End star Stanton Wright and Stafford’s own Tom Vaughan.

A key member of the cast is Gill Jordan, who is better known for her comedy character Doreen Tipton, as The Nurse.

Gill said: ‘I’ve performed Shakespeare before and it will be a surprise for people to see me as someone other than Doreen – but a nice surprise I think!

‘I’ve heard so much about these productions and to be part of the 30th anniversary is very special. I can’t wait to get started.’

The production is being directed by Tim Ford, who said: ‘It’s all coming together incredibly well and I can’t wait to get to work with the cast.

‘The response from the public has been amazing and it seems everyone is excited about the return of Shakespeare to the castle for the first time since 2019.’

ROMEO + JULIET will feature a stunning set on a 25-metre stage, as well as first class catering and bar facilities, provided by Boutique Events.

Marketing Manager Keith Harrison said: ‘It’s the first Shakespeare production at the castle since 2019, due to Covid, and the buzz about the town is incredible.

‘We’ve got a superb cast and everything is in place for it to be a fitting occasion to mark the 30th anniversary of plays at the castle.’

New for 2022: Boutique Events at the Castle

We are delighted to have partnered with Boutique Events to provide top class food and drink at this year’s Stafford Shakespeare production of ROMEO + JULIET.

The newly-formed company is the outside events arm of The Post House Bar and Grill in Stafford Town Centre.

Gatehouse Theatre Marketing Manager Keith Harrison said: ‘We are delighted to have Boutique Events providing the bar and catering services at this year’s production of ROMEO + JULIET.

‘Everyone who has been to the Post House knows the quality of their food, drink and service.

‘It fits in perfectly with the standards we are aiming for with this 30th anniversary production.

‘Due to licensing laws, people will not be able to bring their own alcohol onto the site this year, so it’s great that we have been able to partner with such a top class provider.’ 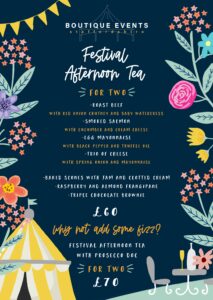 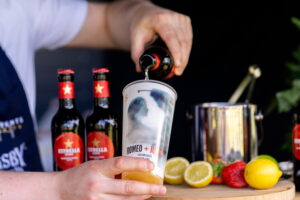 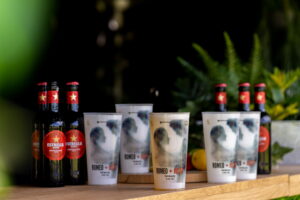 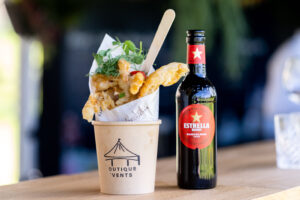 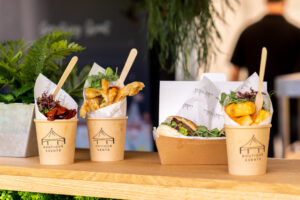 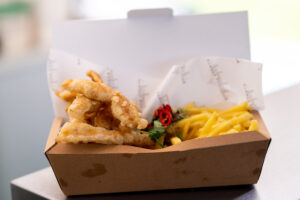 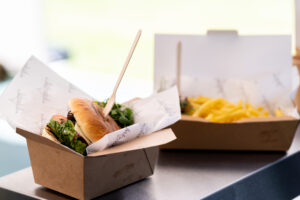 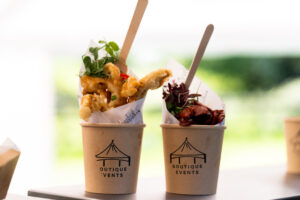 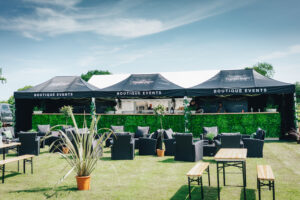 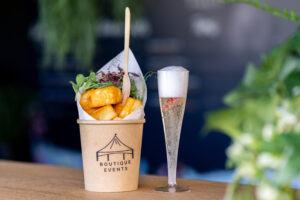 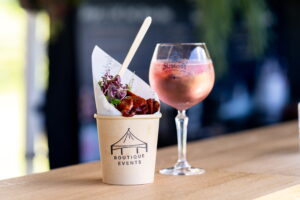