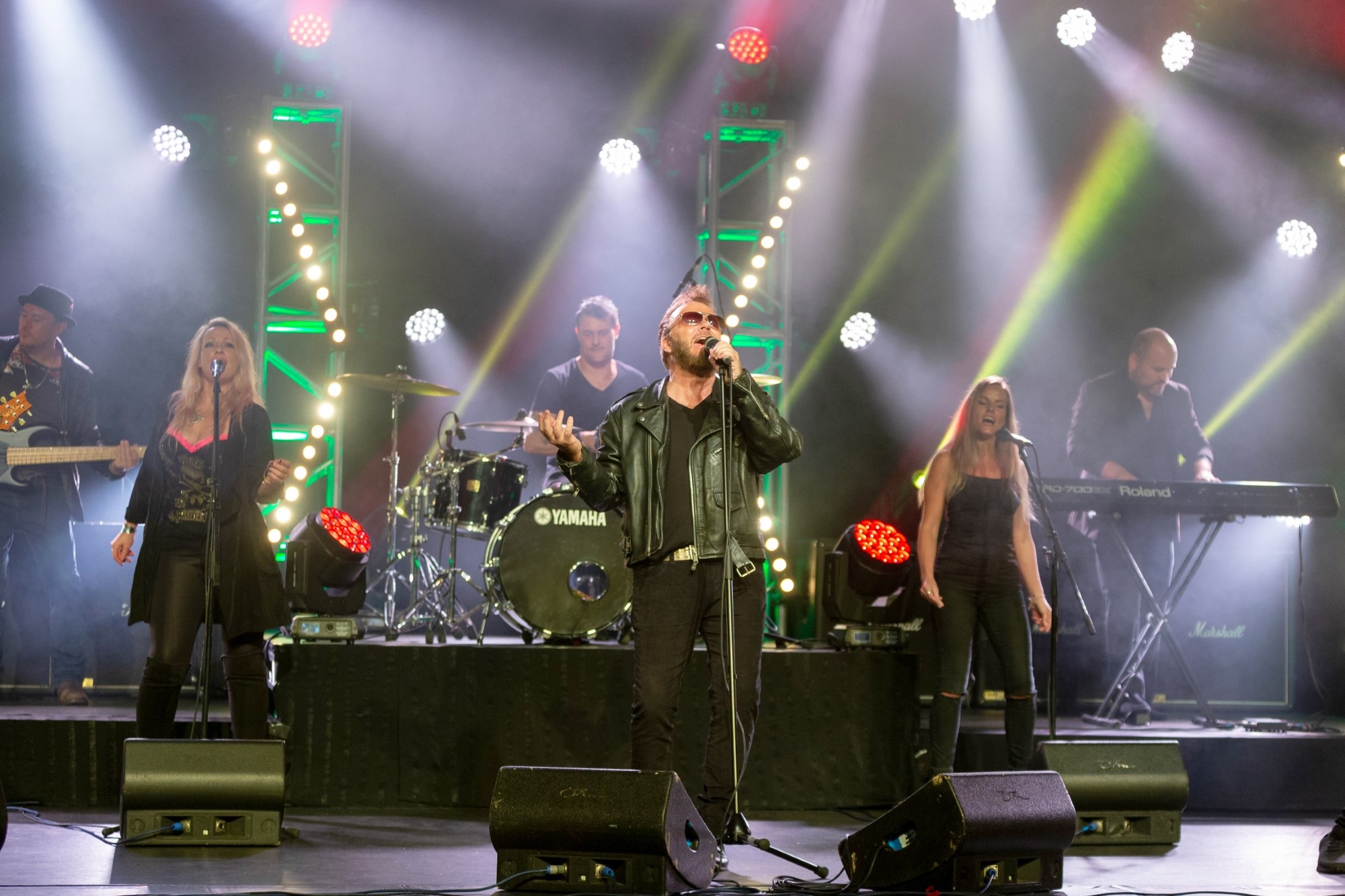 The Power Ballad Show performs a full evening of epic songs from one of the most emotionally charged periods in music history.

The 1980’s was a unique period when hair was big, the voices were even bigger, and the music hit you right between the eyes. You will be flooded with emotions and memories as you find yourself singing your heart out, or playing air guitar along to hit after hit from artists such as Heart, Whitesnake, Bon Jovi, Bryan Adams, Tina Turner Alannah Myles, Aerosmith, Roxette, Bonnie Tyler, Alice Cooper and many more….

The Band is made up of professional touring musicians and vocalists; some of whom have backed the likes of Skin, Nitin Sawhney, Kelly Jones, Rob Brydon, Steve Rodgers, Dani & Will Wilde, Tommy Jules, Michael Ball, Kiki Dee, Tommy Steele and none other than The Hoff. The show is further enhanced by state the art sound and lights creating a show that has been described as “truly a night to remember”